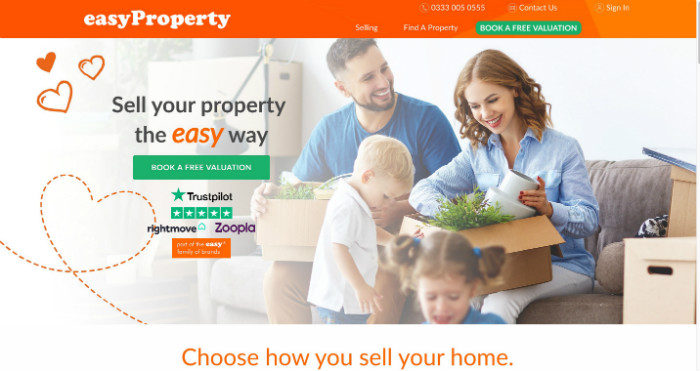 The future of easyProperty estate agents is in doubt following a takeover bid for the parent company by investment company Toscafund.

easyProperty, which also owns The Guild of Property Professionals and Fine and Country, may be closed as part of a longer-term strategic plan by the investment fund, although it supports the growing of both of the other two brands.

Combined with their existing shareholdings, Toscafund now owns 40% of the shares in the company.

Under City rules, after passing the 40% mark, they made a mandatory offer of 50p per share to all shareholders. This values the company at £17.85 million, a figure which some feel significantly undervalues the company.

While independent directors of the organisation have described the offer of 50p per share as ‘fair and reasonable’, two shareholders, and directors of the company, Jon Cooke and Marcus Whewell, are resisting the buyout, stating that they believe that in the company’s long term future.

However, as they hold only 7.25% of the business’ shares between them, they are likely to be outvoted by the other shareholders who Toscafund says, are keen to take the chance to cash in their shares.

However, Cooke and Whewell will remain in their current roles as, respectively, CEO and chief operating officer.

In response to Cooke and Whewell’s resistance, Toscafund said that it believes that such internal disagreements are ‘detrimental to eProp shareholders as a whole’.

It is unclear at present what the timescale will be for the takeover, but it is believed that it will happen shortly.

Shareholders will be invited to vote on the offer once the results of eProp’s last year are published. This is due to happen at the end of June.

A statement released by Toscafund said: ‘Toscafund is supportive of the current executive management of eProp and believes that the Offer provides eProp Shareholders with the opportunity to realise value from their eProp Shares whilst simplifying the shareholder base and providing a more supportive foundation on which to implement a strategy that can deliver value for ongoing stakeholders.’

Doubts over the deal

In a blog published over the weekend, online agent watcher and Rummage4 CEO Anthony Codling expressed doubts about the deal, saying: ‘The Guild of Property Professionals and Fine & country are two of the UK’s standard bearers for independent high street estate agents.

‘How will their members feel if their standard bearers become owned by a company that appears single minded in its desire to invest in passive intermediaries [i.e. online estate agents], to invest away from the high street rather than into it?

‘I am sure that I won’t be alone in suggesting that at first glance it is not entirely clear how this story will end well.’

The market will, no doubt, be watching how this story unfolds with interest.