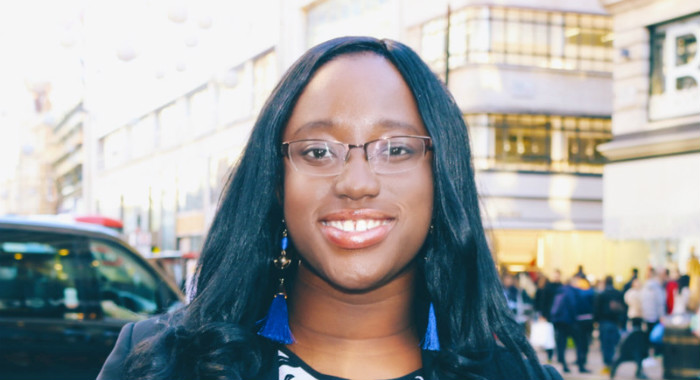 For our second industry insight feature, we’re chatting to Sarah Hayford, founder of The Land Collective.

Q1: Which UK government policies do you think have had the biggest impact on the property sector in 2018?

For me there are two that come to mind, the main one being Brexit in its entirety – whilst the decision to exit the European Union brought about much uncertainty from the property investment side of things and potential property buyers (and arguably still does), I believe that large property and financial firms have played their significant parts in managing levels of uncertainty and panic during the year, reinforcing that the U.K. is still the place to invest, with other cities and property areas such as student accommodation on the rise.

Another that I feel would’ve had a big impact, was the crackdown on the buy-to-let sector – landlords buying far fewer properties would leave a gap in the market for first-time buyers.

Q2: And how do you see 2019 unfolding for the UK property market?

After a bit of a rough year, I think 2019 could be on the up and up. With the government having announced plans to scrap the cap on council borrowing for new housing in conjunction with the high street transformation fund of £675m, the potential of reinvigorating our high streets and having better options to address the housing crisis are very positive and exciting.

Q3: It’s been a bit of a rollercoaster for the online estate agents in 2018, do you think their current model is sustainable?

I do believe the more that is learnt from the failures of traditional estate agents the better! However, I also believe that the traditional agent will be sticking around for a very long time – mostly due to important factors such as trust, reputation, pricing and that element of having a lot of the process being facilitated for you.

I think whether or not the current model is sustainable or not depends completely on the preferences of future house buyers and sellers.

Q4: And how about the more traditional high street agent, what do they need to do to survive in 2019 and beyond?

I think like recruitment agencies, they need to be able to counteract the influx of negative perceptions with heightened customer service efforts and a deeper look into elements of transparency with house buyers and sellers.

One of the reasons many people flocked toward online agents was down to pricing, some agent fees seem astronomical in comparison – so traditional high street agents would benefit from having more transparent pricing structures for example.

Q5: In the next decade, what are the biggest challenges the UK will face when it comes to property?

Adaptation in general I’d say, the industry needs to be able to respond to flexibility and changes across the market. As an example, in the office and retail sector in particular, there have been rapid changes in the past few years and not adapting to these changes have consequences.

The retail and office markets are characterised mainly by upward only rent reviews and long-term institutional leases which generally don’t factor in occupier needs such as versatility and flexibility. I think, as ever, the industry that we’re in has been very slow to adapt.

I think the role of technology has been significant in terms of the speed of business decision making and user experience but unfortunately the industry has been quite slow in its response to it in comparison to industries such as finance.

Q6: Could you tell us a little about what it is you do at The Land Collective?

The Land Collective aims to bring the dynamic and exciting industry of property to the attention of young people, predominantly through the channels of critically written and well researched articles.

One of the reasons why I founded TLC was because I was deeply interested in the industry, but most of my peers either weren’t interested, didn’t find the industry too relevant to their own studies/life or didn’t know too much about it past “buying a house being expensive”.

TLC wants to show people just how interesting and connected the industry is by having a wide range of subject areas to consider, ensuring different perspectives are covered and that there’s something for everyone – from luxury lifestyle to the environment and sustainability.

Q7: You work predominantly with 16-30 year-olds, why is it so important to connect with the younger generation?

I feel as though this bracket (especially in the property industry) are left out of quite a bit. The early years of 16-25 are key in knowledge, networks and the foundation of your career and I fall into this bracket myself.

In an increasingly difficult and challenging socio-economic climate that is rapidly and constantly changing and the introduction of new technologies and educational standards, we’re constantly having to adapt and unlearn concepts that perhaps worked for our parents but not so much for us.

Working directly with my peers certainly keeps me on my toes and having a platform for young people by young people (I believe) really sets it apart.

Q8: We understand you’re fascinated by the Asian real estate market, what are the biggest differences you see compared to the UK market?

I’m predominantly interested in Shanghai, China and its journey to market maturity. Shanghai, which started out as a closed, centrally planned economy in the early 80s, slowly became a commercial property occupational hub in conjunction with Beijing and Guangzhou. This created a user market of demand for land and buildings from many overseas companies and local businesses from which their commercial property market emerged.

However, in comparing Asian real estate markets to European and UK counterparts, I find the biggest differences are the levels of standard market information, development instability, low transparency of the legal system, high taxes and high levels of government invention – which makes researching them more interesting!

Q9: What should we expect to see from The Land Collective over the next 12 months?

2019 should be an exciting year for TLC, we hope to launch our first set of events aimed at current university students and graduates as well as the expansion of our brand onto Youtube, so that we can connect with our audience in different ways.

Q10: Finally, you’ve travelled all over the world, what’s the most unusual property you’ve ever visited?

Whilst travelling and exploring Tokyo, I managed to stumble on the  “House NA” which is the famous glass house designed Sou Fujimoto.

Even though I couldn’t go inside it was a surreal experience just marvelling at it, given the fact the exact location is pretty much unknown online.

It’s a great architectural creation, but in saying that, Tokyo is absolutely oozing with hidden gems property-wise if its something you’re interested in!

Want your business featured in an upcoming Industry Insight? Contact us for details (it’s free!).