A majority (61pc) of UK house buyers prioritise energy-efficient heating systems and appliances when looking for a new home, according to a recent study covering the whole of the UK.

As buyers have become increasingly concerned with the issue of sustainability, they seek homes that combine energy efficiency with green features. And in the current energy crisis, who can blame them? Only this month, the Government announced a new £270m Green Heat Network Fund (GHNF) to support low-carbon heating in England.

In addition to the 61pc who prioritise energy efficiency, 44pc of respondents would like their home to incorporate environmentally friendly appliances such as a food waste disposal unit, and recycling and renewable energy systems, and 33pc would prefer their new home to be built sustainably.

The study, conducted by kitchen appliance manufacturer, Insinkerator, questioned 270 households across the UK to determine whether they were planning to buy a new home, which features they would consider important and how much confidence they had in the UK’s new-build housing.

The results show that, within the next three years, 58pc of those currently renting plan to become first-time buyers and just under half (47pc) of existing homeowners are thinking of buying a new property.

As residential priorities have changed due to the rise in working from home, more individuals are seeking homes with a greater amount of space indoors or with the facility to create a home office. Furthermore, a majority (67pc) of would-be buyers place the most importance on green space, either a garden, or access to local parkland or countryside.

Kevin Carr, UK Sales Director of Insinkerator, says the company conducted the study as part of their research into UK housing trends, which resulted in some very useful findings, both for housebuilders and appliance manufacturers. They were able to determine which kinds of features home buyers regard as desirable when viewing new properties and conclude that the buying public has become much more focused on renewable resources and sustainability.

Accordingly, housebuilders need to keep abreast of changing attitudes and meet consumers’ expectations by building homes that are sustainably constructed and feature eco-friendly kitchen appliances more in keeping with a green lifestyle. If not, they risk losing the confidence of potential buyers.

Paul Gibbens, Property Specialist of Housebuyers4u, believes as people have become more environmentally conscious and looked for the latest technologies to achieve greater efficiency of resources, the demand for new-build housing has been pretty robust over the last decade or so.

Many of the features expected in new-builds, he adds, such as double or even triple-glazed windows, insulated walls, roofs and doors, as well as energy-efficient heating, are all commonplace now in new-build properties.

Developers respond to demand for mix of housing

Chris Lawson, MD of CK Architectural, comments that the contemporary design of housing estates, featuring various types of residence, along with green spaces, play areas, schools and GP surgeries, and even small commercial shops, has evolved as town planners have come to recognise the need to create sustainable communities with integrated infrastructures to serve local populations.

The demand for various types of housing, Mr Lawson explains, including a mix of open market for sale, affordable, first-time buyers and buy-to-let, have all influenced the major developers’ approach to creating new developments in tandem with the design standards they are endeavouring to meet.

In this respect, he says, if you also take into account the Government’s design standards and planning obligations developers are obliged to meet, theirs is a tall order. Although most developments are built to comply with all planning policy and design standards, it is not always possible to align these with the public’s expectations. 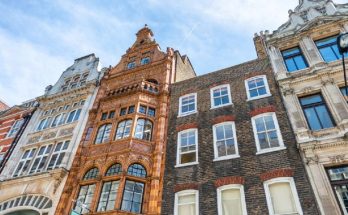 How To Ask A Vendor To Break A Property Chain