It’s good news for those looking to sell their home, as property website Rightmove revealed that 40 million individual property listings were viewed on Boxing Day by potential buyers.

The 40 million views represented an increase of two million compared to Boxing Day 2017 when 38 million properties were viewed on the site. In total, the number of viewings was three times the amount of views experienced on a typical day.

Rightmove itself tweeted that they’d experienced 25,147,701 pages viewed on their website on Boxing Day. The remainder was made up on sites such as Zoopla and estate agents’ websites.

Figures from the Daily Mail indicate that over two million people logged on to Rightmove to browse for a potential new home.

Zoopla has yet to release its figures but stated that the peak period for house viewing was 9pm, just as people were settling down from the day’s activities.

These viewing figures also prompted an increase in visits to bricks and mortar estate agents, with one agency, Mullucks Wells, reporting a five-fold increase in visitors to their branches on 27 December as a direct result of online searches.

What Prompted This Increase?

Boxing Day is traditionally a busy day for online house viewings, as the figures above demonstrate. It may be prompted by the pressures of Christmas, as people search for extra space after the stress of spending time cooped up with family over the festive period.

In addition, advertising campaigns launched by both Rightmove and Zoopla may have had an impact.

Rightmove launched their campaign at prime time on Christmas Day evening, while Zoopla had launched theirs shortly before the holiday began.

What Are People Looking For?

Three bedroom homes were the most popular search term, with ‘garages’, ‘parking’ and ‘detached’ some of the key criteria.

For those looking for more luxury extras, island worktops in the kitchen and ensuite bathrooms were on the list. Smaller gardens and new build properties are also proving to be popular.

In terms of location, towns in the South East of England within easy reach of London remained the most popular, as people sought more affordable living options while still wanting to be in the vicinity of the capital.

Common searches included Chelmsford, Tunbridge Wells, and Reading, with an average budget of £400,000 according to estate agency Hampton’s International. For those looking to remain within the City, Brentford and Dalston topped the list, with a price point of at least £474,000.

More people were also looking at other regions of the country, as they sought either more affordable housing or to move closer to family and friends.

Data collector Hometrack revealed that some of the most sought after locations in the UK include Manchester, Liverpool, Cardiff and Newcastle. In these regions typical budgets ranged from £120,000 in Manchester to £210,000 in Cardiff, representing a big saving compared to the South East.

Overall, it’s a positive sign for those looking to sell their property, wherever they are in the country. 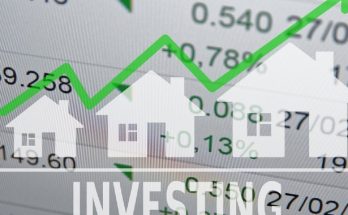