A new independent study which reveals flaws in the affordable home ownership schemes introduced over the last 40 years has led to calls for root and branch reform.

Programmes such as Help to Buy and Right to Buy have been damned as being ‘poorly targeted’ and ‘ill-defined’ in the study conducted by research unit LSE London. These initiatives, the authors claim, have reinforced regional differences and even occasionally overlapped with each other.

The report, Thinking outside the box: Exploring innovations in affordable homeownership was commissioned by the Building Societies Association (BSA) and the UK Collaborative Centre for Housing Evidence (CaCHE). The study warns that because many of the initiatives have been short-lived, they have had minimal impact and confused both lenders and consumers.

Commenting on the findings, Christine Whitehead, Emeritus Professor of Housing Economics at the LSE, said successive governments had introduced a number of affordable home ownership products over the last 40 years with varying degrees of success.

Claiming that what is required is a more informed view of the nature and scale of the home ownership ‘gap’, she said factors such as house prices, incomes, the ability to raise a deposit and the attitudes to risk of both lenders and borrowers should be taken into account.

Shared ownership (SO), in play since 1980, has proved difficult to scale up for various reasons: the traditional mortgage can only be secured against the proportion bought; the purchaser must pay all repair and improvement costs; and most large lenders have shown little interest in taking a major funding role.

Furthermore, there exists unproven anecdotal evidence among lenders that SO is prone to high arrears. Increasing house prices (relative to wages) have slowed staircasing (the ability to purchase additional shares in a property), and in London and the South East have excluded many lower income households. So those who can afford SO could afford other products.

The UK could investigate mortgage guarantees, a cost-efficient way of increasing the opportunities for affordable home ownership, popular in European countries.

Lenders should encourage the use of market-based products that help supplement higher loan-to-value ratios.

The Government should put forward its favoured plan for home ownership in general and affordable ownership in detail, including factors such as current provision, the risks involved and the potential extent of demand, supply and funding.

Paul Broadhead, Head of Mortgage and Housing Policy at the BSA, shed some light on why the research was commissioned. He explained that building societies were founded to assist people to become home owners, with the result that they have often been at the front of the queue for products intended to support affordability.

This valuable research, he added, consolidates what has been learned so far and points the way forward as to how government, lenders and others involved in the housing market may work together to help more people access the property ladder in future.

Challenges of the mortgage market

In response, Professor Kenneth Gibb, director of (CaCHE), said this well timed report is a reminder of the challenges government has encountered, not only in attempting to increase home ownership, but also the difficulties mortgage providers have experienced in creating innovative products that could expand the market for first-time buyers.

In short, he added, the report is a comprehensive and perceptive analysis of the current market, its origins and the likely features which will influence affordable home ownership in the years to come. 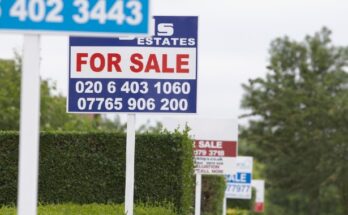 Home Improvement & Safety: What You Need To Do

FREE GUIDE: How To Avoid Paying ANY Estate Agent Fees In 2021