A survey by UK Finance showed that the number of new mortgages approved by mainstream lenders increased in January 2019 compared to January 2018, representing the greatest increase since September 2017.

UK Finance, which represents the major banks and building societies across the UK, said that the number of mortgages issued for house purchases rose to 29,159 in January.

This represented an increase of 1.5% compared to a year earlier, good news for buyers.

However, it wasn’t such good news for those looking to remortgage, which dropped 3.1% to 23,618 agreed home loans. This follows months of strong growth in the remortgage market as customers sought to take advantage of a competitive market and lock-in attractive deals to secure their rate.

This was partly thanks to the uncertainty of Brexit and concerns about the possibility of the Bank of England raising interest rates in the near future.

Overall, with both figures taken into account, the increase in approvals was 0.3%, with gross mortgage lending dropping 1.5% compared to a year earlier, with total lending across the UK at £21.6 billion.

Across all regions of the UK, buyer mortgages rose during the last quarter of 2018. Figures by UK Finance show that 11,000 new first-time buyer mortgages were completed in London, an increase of 5.8% compared to the same period in 2017.

In terms of money lent, this equated to £3.2 billion of extra lending, an increase of 7.4%.

Despite the increase, there are doubts that the growth will continue. Samuel Tombs, chief UK economist at Pantheon Macroeconomics, said: ‘January’s data indicate that mortgage lending is holding up much better than surveys of house buyer demand have suggested.

‘We’re reluctant to conclude, however, that housing market activity is on a sustainable recovery path. The new buyer enquiries balance of the RICS Residential Market Survey fell to its lowest level since June 2008 in January; the balance usually is a great guide to the lending data. The sharp downturn in lending in 2016 also demonstrates that Brexit uncertainty can be very damaging.

‘Even a sluggish pace of rate hikes, following the resolution of Brexit uncertainty, will prevent mortgage approvals from recovering to pre-referendum norms over the next couple of years.’He also commented that high loan-to-income ratios for those looking to get on the bottom rung of the housing ladder means that the housing market as a whole is more sensitive to changes in interest rates than perhaps they were in the past.

Are We Running Out Of Properties To Buy In The UK? 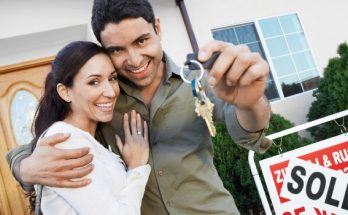 Are We Running Out Of Properties To Buy In The UK?

What Are Property Management Companies?