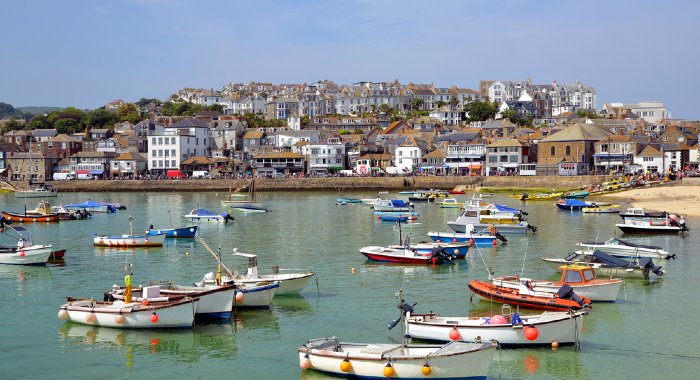 According to the latest research from Rightmove, homes in coastal locations across the UK have been selling more quickly than in 2019, following an explosion in demand from city dwellers.

The property portal looked at more than 120 coastal locations, comparing current changes in buyer behaviour to those before the pandemic, and found that in 2019 it took around 71 days to sell a seaside home. This figure is now 51 days, a reduction of 28pc.

The volume of buyers in cities making enquiries of estate agents as to homes in coastal locations has increased by 115pc since the beginning of the pandemic. This compares to a 36pc rise in enquiries from those living in cities who want to move but remain city dwellers. It also indicates a marked shift in buyer preference than was previously thought to be true, the result of factors such as the ability to work from home and a reappraisal of priorities.

Some locations have experienced stellar house price growth of more than 20pc compared to 2019, such as Helensburgh in Dunbartonshire (27pc), Padstow in Cornwall (24pc) and Gourock in Renfrewshire (21pc). Areas that have seen the largest increase in home seekers include Dartmouth in Devon (117pc), Salcombe (112pc) and Fowey in Cornwall (111pc).

Tim Bannister, Director of Property Data at Rightmove, comments that since the beginning of the year the company has tracked the rise in popularity of areas such as Devon and Cornwall, where asking prices have risen steadily driven by buyer demand. But this latest research, he says, indicates that the initial uptick of people enquiring about locations away from cities before the pandemic, has morphed into a more permanent change in attitude.

While this does not mean an end to city living or a mass exodus, it does suggest that many buyers see both city and coastal locations as valid options to consider, caused by factors seen this year, including demand for more space and the ability to work from home, he said. But it does mean that there is additional competition for buyers who seek their next home in some coastal locations that have experienced a significant increase in buyers from outside the area, he added.

Meanwhile, there is no sign of the typical summer slowdown, despite a slight dip in demand in recent weeks, as activity continues apace.

Nicky Stevenson, MD of Fine and Country UK, points out that the first half of the year has proved to be the busiest ever recorded in the housing market, with more than 880,000 homes changing hands. Almost 200,000 sales took place in June before the stamp duty deadline, more than twice the June average from 2011 to 2019, and the highest monthly total ever recorded. The Bank of England, furthermore, has reported that the value of mortgage lending hit a record £43.8 billion during the same period.

The market has paused for breath in recent weeks, she says, as new mortgage approvals fell 6pc in June and buyer demand dipped by 7pc in the four weeks since June 28. Yet with over 81,000 mortgages approved in June, more than 20pc higher than the longer-term June average, and agents reporting buyer enquiries remaining steady, the market remains bullish, she added.