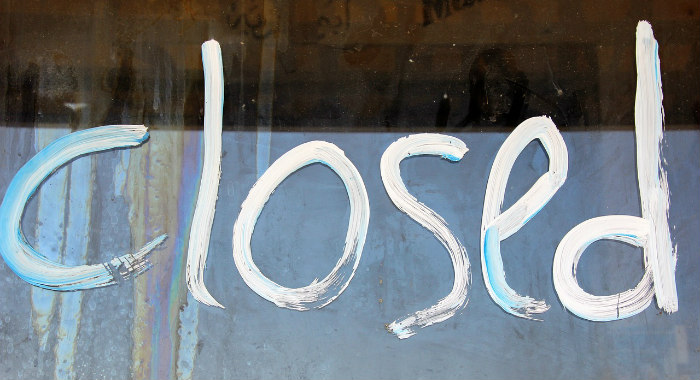 While rumours continue to abound about potential branch closures, Countrywide has refused to confirm or deny whether the rumours are true.

In the last annual report, which was issued in March 2019, Countrywide announced that they would be reducing their number of branches from 714 to around 600 over the next two years.

Despite requests for comments on the situation, and amid speculation that three King and Chasemore branches in Surrey and Sussex are to close this week, the only statement issued by the organisation, which was dates from some time ago, remained vague.

A spokesperson for Countrywide had previously said: ‘Our brands, branch network and the colleagues who work within them remain at the heart of our customer offering.

‘As a responsible business we must constantly assess our branch footprint, the customers they serve and their profitability.

‘Based on that insight, there will be times when we make the difficult decision to close a branch, and wherever possible, will seek to redeploy the teams.’

In addition to branch closures, some branches have been put into a sale and leaseback programme.

Countryside was already suffering from dramatic losses on the stock market, and this continued yesterday, when their share price tumbled another 8% to just 4.51p per share. This was a decrease of 95.5% compared to the previous year.

A year ago it was trading at around 100p, which was some months into the senior management’s Back to Basics programme, which put renewed emphasis on branch sales and lettings team.

This programme is expected to show benefits towards the end of 2019, and includes slashing IT costs by 35% and reducing its contact centre by 20%. This is expected to reduce costs by around 10% overall.

At the end of April, Countrywide reported a three percent drop in income during the first quarter of 2019, to £140.3 million, a fall of £5 million. The company also recently reported a pre-tax loss for 2018 of £251 million.

This was despite a cash call in August 2018 which raised £129 million. The majority of that sum, £115 million, was used to pay down a substantial amount of their £200 million debt.

Last summer, Countrywide faced a threatened revolt by shareholders over its planned executive pay deal, which would have seen incentives of over £20 million paid to the firm’s top bosses. Chairman Peter Long would have expected a bonus of £6 million.

With so much uncertainty still surrounding Countrywide’s situation, the organisation will no doubt continue to find itself under close scrutiny.

Who is the best alternative to Countrywide?