When Russia invaded Ukraine, Europe and the world held their breath. And apart from the horrors such a conflict always brings, the Ukraine conflict could also have an impact on the UK housing market.

Experts expect that the Ukraine conflict will have wider consequences for the world economies, especially the UK economy and the housing market. Experts believe that the rise in house prices we have seen in the past years will slow down as a consequence.

Why The Ukraine Conflict Has An Impact On House Prices

We have already seen oil and gas prices increase due to the Ukraine conflict and a price hike in these commodities leads to rising inflation. Given that inflation is already at a record level in the UK, 5.5% in January 2022 according to the Consumer Price Index (CPI), further increases will be a problem.

We think a conflict would keep inflation higher for longer and potentially bring forward some rate rises.

As a result of the rise in interest rate, mortgage rates are likely to go up. This will make it more difficult for many people to get a mortgage. It is expected that the average mortgage rate will rise to 3.2%. This also means that people will need a higher income to be able to afford a mortgage. The median income required to cover a mortgage for an average priced home would be 45.5%. This is at the highest level since 2008.

But this will not only affect first-time buyers, as second-steppers will also be faced with higher mortgage rates. This might mean they will no longer be able to afford to upgrade their home. It will also affect people who are looking to remortgage their house.

An increase in interest rates will also impact on people who are on a Standard Variable Rate (SVR) for their mortgage or on a mortgage tracker. This is because the rate for both these mortgage types is linked to the interest rate.

In the past two years, more people have been able to get onto the housing ladder, because of the Stamp Duty Holiday, the Help To Buy Scheme and the fact that during several lockdowns, people were able to save more money for deposits.

However, these advantages are now no longer there, with inflation, rising energy bills and higher costs of living squeezing household budgets. A recently announced tax rise in the form of a higher National Insurance Contribution (NIC), will further put a strain on people’s finacnes.

As a consequence of this, fewer people will be in a position to buy a house, which will reduce the demand, that has driven recent house price rises.

Housing Market Will Slow Down

With demand likely to decrease, the housing market will slow down and become more balanced. Experts did predict this would happen anyway, but the Ukraine conflict might accelerate the slow-down.

It is unlikely that we will see a sudden slump in house prices, however, instead it is predicted that house prices will rise much more slowly over the next few years.

The uncertainty of the impact of the conflict will also put off some people to take the step to buy a new house, especially when inflation is already at such a high level.

Will The Sactions On Russia Have An Impact?

In the past, Russian buyers poured a lot of investment into the UK property market, mostly in the most expensive areas of London. The UK Government has introduced a host of sanctions against Russia, which is likely to lead to a decrease in Russian buyers in the UK.

However, since the height of Russian interest in UK properties in 2014, the demand has plummeted. According to the Land Registry, only 1,127 properties at the end of 2021 were owned by Russians.

The reason for this drop in Russian buyers was caused by Russia introducing measures to restrict money leaving the country. But it was also a consequence of changes and restrictions that were introduced by the UK Government, such as an additional Stamp Duty of 3% for non-UK residents who buy property in the UK.

So, while the sanctions will have an impact, it is likely to be a very small one.

The hot housing market that accelerated in the past two years, is likely to slow down due to the Ukraine conflict, as it is responsible for an increased inflation rate. With some experts predicting this to be a long conflict, only time will tell what the long term impact on the housing market will be.

Property Spring Market – Will It Be Business As Usual? 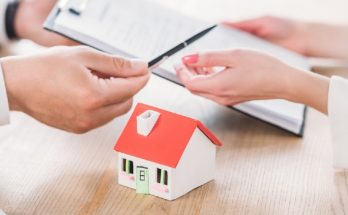 Red Flags On House Survey – What To Look Out For

Property Spring Market – Will It Be Business As Usual?

Which Is Best For Sound Insulation: Acoustic Glass vs Triple Glazing?