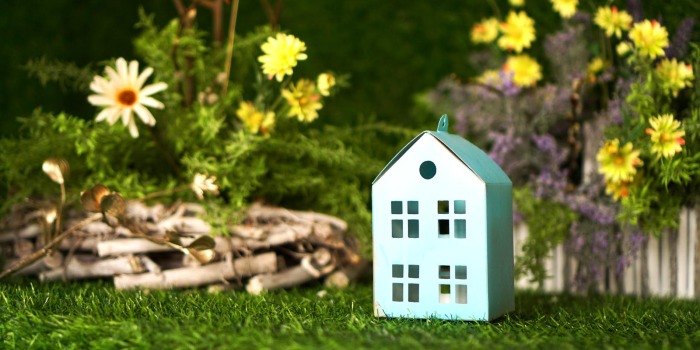 We are entering a season that is traditionally the strongest season for the property market. But how will this year’s spring market perform?

With Christmas out of the way and the weather getting warmer, many people feel it is the right time to move. That’s why the spring market is traditionally the time when the property market is at its most active.

However, after two years of upheaval caused by the pandemic, industry experts are warning that uncertainty might dampen the mood of sellers.

While the number of new houses coming on the market in March was not far off the average over the past five years, only 0.5% lower, the number of new interested buyers is 56% higher, according to estate agent Knight Frank.

This shows that people are eager to buy, despite the uncertainty created by rising inflation, hike in the cost of living, fuel and energy price rises, increase in interest rates and the Ukraine conflict.

But sellers are more careful, refraining from putting their house on the market before they have found a property themselves. By doing so they are creating a vicious circle, because as long as supply is low, demand will stay high.

While buyers have been registering in record numbers in recent months sellers have hesitated, which reflects the mixed national mood.

This does not bode well for the spring market, because unless more houses come on the market, prices are unlikely to fall. Recent house price index data from Halifax has shown an annual growth of property value of 11%, Nationwide reported 14.3%.

Waiting Could Decrease The Chance Of Moving

Many sellers don’t want to put their house on the market until they have found somewhere to move themselves. This puts them into a dilemma. Because on one hand, we have a seller’s market, so sellers could get more money for their onward purchase.

On the other hand, if they wait, they could find that rising inflation, rising interest rates and cost of living could lead to them being unable to afford to move. Mortgage brokers have said that banks are likely to tighten their mortgage affordability tests.

This means they would take increases in energy bills, cost of living and national insurance into account when assessing someone’s ability to afford a loan.

As a result, it could be much harder for many people to get the size mortgage they need to afford the house they want.

As customers face soaring energy bills and big hikes in other household costs, it is inevitable that lenders have to start factoring this when calculating how much to lend to a customer. It comes at a time when mortgage rates have pretty much doubled in just over six months, albeit that they are still at historically low levels.

Banks use household spending figures provided by the Office For National Statistics (ONS) for their affordability tests. And the ONS data will soon include higher energy costs.

High street bank Santander has already announced that it will update its affordability test to reflect the latest ONS data and take the increase of national insurance contributions and taxes into account.

It is unlikely that Santander will remain the only bank taking these steps, so many people might find that they can borrow less than they thought. This could potentially cause a slow down of the spring market.

How Will This Affect House Prices?

If it gets more difficult to get a mortgage or people find that they are unable to borrow they amount they need, demand will start to slow down. As demand slows house prices might stop rising or even fall.

Most industry insiders believe that it is likely that price rises will slow down and remain flat, rather than actually fall. They expect this to happen in the second half of the year, as the low supply is likely to continue for several months.

This seems a reasonable prediction, given that the recent hike in cost of living and energy prices have not yet resulted in a decrease in demand.

This is largely due to the fact that many households were able to save good amounts of money during the pandemic, when holidays, meals out, nights out, etc. were not possible under Covid restrictions.

However, the squeeze on household budget will bite sooner or later, resulting in a slow down of the housing market. If this will affect the spring market or not, remains to be seen.