A heady mix of the race for space, stamp duty savings and the ability to work from home over the past year has fuelled asking prices in towns into double-digit growth.

While the jury’s out on which of these factors played the greatest part in the boom, the result has seen price rises of a fifth in some areas in as little as twelve months. Although asking prices do not necessarily correlate to the final sale figure, data from property portal Rightmove show the locations where sellers have made the biggest gains since the stamp duty holiday was introduced in July 2020.

Property in the former industrial town of Rawtenstall in Lancashire, which once experienced a population exodus, was so hotly desired last year that asking prices rose faster than anywhere else in the UK. According to Rightmove, the average asking price climbed from £208,895 in July 2020 to £252,519 in July this year, an impressive increase of 21pc.

Peter Farrow, of the estate agency Farrow & Farrow in Rawtenstall, believes the town’s appeal lies in its proximity to Manchester, 18 miles away, and for that reason is very popular with commuters. There are, he says, great travel links via the M66 corridor and property is reasonably affordable, while the town sits within large areas of attractive green space. Simultaneously, many locals are cashing in on the rise in value of their homes, and the consequent increase in their equity, to trade up.

The desire for more space, especially the green kind, and the sudden increase in home working expanded the boundaries of commuter belts last year. The trend continued into 2021 as buyers plumped for suburban and rural living over proximity to the office.

According to Rightmove, Cornwall overtook London as the most sought-after location by buyers earlier this year. Perhaps, unsurprisingly, the south coast town of St Austell recorded the second-largest jump in asking prices in the UK. In July last year, sellers asked for an average of £236,696, but within 12 months this had risen by 20pc to £285,186.

Victoria Beresford, of the buying agent Cornwall Property Finders, says this year has been the company’s busiest to date, to the extent that the company will not take on new clients until next year. Many of their clientele, she believes, seek a slower pace of life on the Cornish coast, and as long as this demand continues, buyers will be willing to pay substantially higher prices.

The most common properties bought in the area were detached houses with an abundance of space, which had an average price tag of around £375,000. Sealed bids and best and final offers, indicative of a competitive market, were still common across all budgets, says Ms Beresford. Properties with coastal views in Carlyon Bay were proving especially popular.

Asking prices are being driven by recent sold prices listed on the Land Registry, which agents then use to list properties at the higher end of the scale, she adds.

In the same way as Rawtenstall, Irlam in Greater Manchester has reinvented itself as a desirable commuter hotspot. Asking prices here jumped by 19pc in the space of a year to an average of £227,349 in July.

Steve Jones, of local agency Irlam Estates says some of the rents on central flats in Manchester are exorbitant and many renters are coming to Irlam or neighbouring Cadishead to buy.

Commuters living in Irlam can catch a direct train to Manchester Oxford Road and be in the city in as little as 17 minutes. Buyers who have turned their backs on the city’s central postcodes have been rewarded with houses instead of flats and gardens rather than balconies.

Semi-detached homes were the most popular in the area over the past year, with buyers spending an average of around £181,000.

Further south, asking prices soared by 19pc in the market town of Sandbach in Cheshire and Aberdare in south Wales. The prices of property coming to market in Sandbach rose from around £251,500 to almost £300,000 between July last year and July this year. In Aberdare, the average asking price climbed to £163,600 from £137,900 last year.

Welcome To The New Age Of The Senior Citizen Landlord 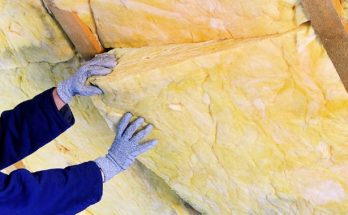 Welcome To The New Age Of The Senior Citizen Landlord

Selling A House With A Mineshaft